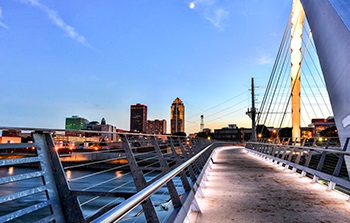 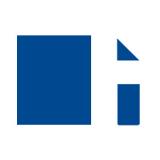 Experts recap today's office market and what is ahead

The office market continues to change, especially as industry experts look back on 2020, through 2021 and ahead into the future market years. We recently sat down with Bill Wright, Senior Vice President and Managing Director for CBRE | Hubbell Commercial who has more than 25 years of industry experience to talk where the markets are today, what trends are pointing to and some of the concerns he has.

Throughout COVID-19, offices were fully or partially closed with many businesses allowing employees to work from home. Since then, what have you noticed in the office market specifically as it relates to telecommuting and office sales?

“From a brokerage standpoint, we’re seeing plenty of transactions even though they’re smaller and for shorter lengths of time. I call it “kicking the can down the road” when we see a lot of office occupiers, who, historically, have chosen 3–5-year lease renewals, choosing 1-2 years. There are a lot of unknowns still. The true impact on the office market is not going to be known for probably 24 months going forward,” said Wright.

“Des Moines is a corporate occupier market, with a lot of corporate headquarters here. These types of corporations can afford to handle vacancies in their market,” said Wright. “Once that hybrid strategy, once it’s fully vetted, maybe its 2023-2025, then maybe they’ll put that office on the marketplace. It’s a year or two out until we fully understand and realize that impact.”

Each quarter, CBRE | Hubbell Commercial releases an Office Market View report highlighting the trends, which can be viewed HERE.

Per CBRE’s market reports, what are some of the latest trends?

“Des Moines has two office markets – the CBD, which is the downtown office market, and the suburban markets. The lines are going up in vacancy trends – we are at 17.6% vacant in downtown which is a little bit of a concern. Suburban is at 14.7% and market-wide we’re about 16.4% vacant. We’re at levels we haven’t seen for several years,” said Wright.

“In addition to the vacancy, that does not consider any sublet space. We’re starting to see more sublet space become available, and some have made the decision to close offices or go hybrid permanently and sublease certain square footages,” said Wright. “Asking rents are starting to nudge down at the lowest level in 10 quarters. There will be downward pressure on rents as vacancies rise.”

Many people have said Des Moines is kind of in a bubble in comparison to other areas of the nation and even compared to similar-sized markets. How has the metro faired in comparison?

“The Des Moines market has faired very well in comparison to our peer cities and other markets. The previous peak for national vacancy levels was in 2009, and we’re starting to see those creep up to those levels, but that is everywhere.”

“Des Moines is mirroring what is happening nationally. Rents are coming down slightly, vacancies are increasing slightly. The real estate industry is a cycle and we’re in the middle of a cycle. It will be interesting what happens in the next 24 months. We may see some tenant improvements and incentives ticking up in the future, and then overtime those start ratcheting back down,” said Wright.

What is adaptive reuse and are we seeing it here?

“You know, 15 years ago, we had a lot of Class C buildings that were converted to multifamily residential and the multifamily sector continues to be strong. I think there will be continued interest to live downtown so adaptive reuse, developers will look and see if an office space is a candidate for multifamily. But you can’t take a wide-open floor plate and make it multifamily. They’re looking at a narrow floorplate with a central core and a space where they can maximize window space. There’s not a lot of those buildings that exist.”

What is a shadow space and why is this a concern?

Per our experts, unused office space within a building that is still occupied by a tenant could be identified as “shadow space.” This may be a fourth floor of a five-story building, or a west-end of a one-floor, large space.

“This is the greatest concern area in office for me. The Des Moines market has a lot of owner-occupied buildings, so I think it concerns me if those companies make the decisions to stay remote. They’ll say, ‘how efficient are we being with our office plan?’ There are a lot of “what if” trends and some employers are currently deciding whether they go 50 percent in the office, 75 percent in the office of what they were. I’m not sure we’ll see it tomorrow, but in two years, I believe there will be an impact.”

“Ultimately, Des Moines sits very well, with our great stakeholders and financial service bases, our companies will still grow. We may have some shadow space, but we’ll have growth in companies,” said Wright.

What is in store for the future of office space?

“I don’t think you’ll see a ton of 100% speculative office construction. Tenants are being more mindful of their construction costs with the increase in material costs across the board. Carpet and paint have even increased since I started, and tenants recognize that. Then, when you look at a Class A package, there’s not that much of that space available in the market so you may see some smaller spaces still being constructed to fit that specific user.”