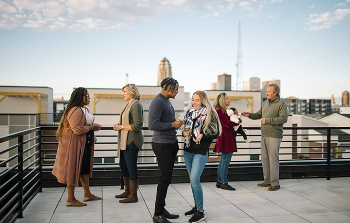 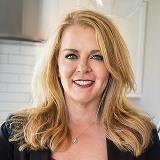 Looking for a specialized townhome only offered in the heart of downtown Des Moines? Search no further than the Hubbell Homes Urban Collection, recently released with a renewed focus on modern townhomes, top-notch selections and convenient urban living.

The Collection, which is only being offered in Gray’s Station and The Banks at the Bridge District, includes hand selected townhome floorplans that span from 1,500 up to 2,500-plus square feet. The commonality between the two: rooftop patios with amazing views. These homes leave nothing left to be desired with two-car attached garages, great living spaces, second floor bedrooms and top floors made for entertaining.

The townhomes at Gray’s Station include move-in ready homes as well as new floorplans that are currently under construction with an estimated finish date of late 2022. The two-story Emden’s, Marlow, Maison’s and Bexley’s – all which boast rooftop patios – are some of the best sellers. With a smaller square footage, these options still provide the best of downtown living with high-end, open concept kitchens and one less level of living than their counterparts.

The Chava, Asana, Grayson, and Cordova’s are all three-story townhomes with third-story wet bars, bonus rooms and double-sided rooftop patios for views of Gray’s Lake and downtown Des Moines, depending which side you feel like lounging on.

On the other side of the Des Moines River, the homes at The Banks boast more square footage but similar downtown skyline views and upscale townhome options. The three floorplan options available right now are all move in ready – The Capri, Glasswater and Azure. The most modest of the current Banks selections comes in at 1,600 and the most expansive just shy of 2,500 square feet. These townhomes are similar to the interior of Gray’s, but the sleek brick-mixed-metal exteriors give a very different urban vibe that matches the East Village neighborhood. With quartz countertops, nine foot ceilings and gorgeous bonus rooms for entertaining, it’s easy to see why these are hot sellers.

The Gray’s Station neighborhood is located on the south side of downtown Des Moines, within two blocks of Western Gateway and half a mile via bike trail from Gray’s Lake and Water Works Park. Gray’s Station is in phase one of three and has recently welcomed three local businesses including a craft brewery, pizzeria and chiropractic clinic. Future plans for the neighborhood include more greenspaces, townhomes, condos, trail connectors, a Pro USL Soccer stadium, an anchor grocer and access to ICON Water Trails. This community is very connected to greenways and trails with direct access to more than 500 miles of bike trails.

Alternatively, The Bridge District neighborhood, while also connected by walking paths, lead to some of the best entertainment options in downtown. Across the Women of Achievement Bridge, less than half mile away, is Wells Fargo Arena, home to headlining concerts from across the globe as well as the Civic Center, which reels in shows like Wicked and Hamilton. Less than one block away from Banks homes are  Greater Des Moines Botanical Garden, Asian Garden and East Village neighborhood boutiques, upscale shopping and restaurants.
No matter which neighborhood you choose, the Hubbell Homes Urban Collection homes certainly offer the best choices in floorplans, finishes and locations in all of downtown Des Moines.
SUBSCRIBE TO OUR BLOG!
PREVIOUS POST
ALL POSTS
NEXT POST